What is the latest news with Western Governors University’s online MBA: any upcoming enhancements?

We had a chance to speak with Dr. Debora Sepich, the Director of Graduate Business Programs at Doane University about their Online MBA, with new Dean Dr. Jennifer Bossard at the helm and their innovative "Doane X" university partner program.

What is the latest news with Doane University's online MBA: any upcoming enhancements?

We recently had the pleasure of speaking with Yu Liu, Ph.D., Professor of Management, MBA Program Director at Saginaw Valley State University about their Online MBA program.

What is the latest news with the SVSU’s online MBA: any upcoming enhancements?

The green economy employs mroe than 10 million people and according to the International Labour Organization (ILO), “a shift to a greener economy could create 24 million new jobs globally by 2030, if the right policies are put in place.” As the industry grows, more and more companies adopt the triple bottom line of social, environmental, and economic success as their barometer. In 2011, just 20% of companies on the S&P 500 Index published corporate sustainability reports.

Did you know that it's possible to earn two degrees without paying full price for both? Colleges and universities across the country and around the world continue to multiply their degree options by developing unique programs that allow students to combine two areas of study and graduate in less time than it would take to complete two separate degrees. Besides saving time (typically a year or more) and money (at least one less year of tuition costs), these “dual” degree programs set jobseekers apart from the rest.

Ok, so Jerry Maguire might be a bit of a stretch when it comes to painting a realistic picture of the sports management game, but it’s not that far-fetched. When you think about it, what other career allows people to combine their love of sports with their interest in business, make big bucks doing it, and even meet a few rising stars along the way? Not too many!

Nursing is one of the largest and fastest growing professions in the world today, with more than 2.95 million registered nurses (RNs) practicing in the U.S. alone. At 15% for the 2016-2026 decade, employment growth for RNs is much faster than average for all occupations. What this means is, the U.S. workforce is expected to increase by more than 438,000, bringing the total population of RNs to nearly 3.5 million by 2026.

According to the Bureau of Labor Statistics (BLS): 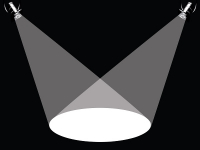 SAP, ERP and What it Means for Today’s MBAs

A market leader in enterprise application software, German company SAP (Systems, Applications and Products), helps companies of all sizes and in all industries run their best. In fact, around 87% of the Forbes Global 2000 companies use SAP, 90% of Fortune 500 and international companies employ SAP’s main information systems infrastructure platform to operate their businesses through a unified system, and 77% of the world’s transaction revenue touches a SAP system.

In 2017, the median starting salary for business school graduates reached $110,000. Today, the Graduate Management Admission Council (GMAC) reports that “the median annual base starting salary U.S. companies will offer new MBA hires in 2019 is the highest on record (US$115,000)—notably higher than the median offered to direct-from-industry hires (US$75,000) and more than double the median offered to new bachelor’s degree hires (US$55,000).” Add a specialization and salaries are even higher.